5 Years of Building a Startup Factory. Where We Are Now and How Much Money We Made

Maxim Volokhov CEO & Founder of the startup studio Admitad Projects, talks about the results of the digital business factory, the first corporate startup studio, in 2020

But Why Are You Telling This?

There is a saying: when things are going well, keep your mouth shut. When it gets bad, keep it even quieter. However, some prefer bragging about how cool everything is, which is a stark contrast to an actual state of affairs.

A year ago, we made an article about our work, and our level of motivation has not changed since. We do not provide services for the market. Our goal is to repay good to the digital market community of Eastern Europe that raised us. They helped us become who we are. We have a lot to tell, so perhaps our story will help others.

Admitad Projects (ADP) is a startup itself. It’s a grand experiment working in the high-risk segment of venture capital investments and young digital businesses. The experiment is carried out by the Admitad company that tests if it’s possible to create a startup factory “in the wild”.

We started in the fall of 2018. Two years after, we can say that we have overcome the startup valley of death.

Earlier, Admitad was engaged in online advertising in the niche of e-commerce. Being a successfully growing company, Admitad had both resources and desire to create new products and businesses. Obviously, you can’t just take someone else’s recipes and immediately implement them. You need to fail over and over to realize what exactly does not work, where it breaks, and what can and cannot be done about it.

That’s how we got into a grueling battle to find the most effective way to validate business ideas.

We were trying to create new businesses within the corporation. We simply implemented ideas that top management considered promising in a format of an internal design- or web-studio.

By the way, Admitad itself was built in the same way. So we can’t say that our approach is inefficient. Nevertheless, we wanted everything to be better, faster, and more adaptable.

Our desire to change and try new formats kept growing, so we launched a corporate venture fund Admitad Invest. The most active years were 2017 and 2018 when we closed 15 deals. We continued to invest to this day, but only individually.

The venture fund has provided a huge knowledge base and understanding of how to work with portfolio companies. Creating or buying businesses is only a part of the task; you still need to grow them. We also figured the disadvantages: there’s an almost complete lack of control and influence. When you have 10–20% of the company, all you can do is watch the ship sail, sometimes trying to correct the course. Again, this is not bad; you just need to accept this feature. But we wanted more participation in our projects’ fate. If you spend more resources, then the expected reward must be higher, that’s what we thought. But this expectation was shattered by the size of our venture capital shares.

The second important reason why we essentially paused the venture fund is exits, i.e. the fund’s business model. If you bought an asset, you have to sell it at a good price. But in Eastern Europe and Russia, there is practically no one to sell it to. Therefore, we decided to only create projects for high growth in operating income (cash cows), not exits.

The accumulated experience brought us to the format of a startup studio or a venture builder where you systematically create businesses from scratch. Alternatively, you can develop them from the MVP stage together with project managers, your partners, and co-shareholders. We talked about the pros and cons of this format, so now let’s discuss the results of this stage.

In autumn 2018, there were a couple of people in our team and certain resources that the corporation was ready to provide for the experiment. The problems were clear, the tasks as well. We started building a startup.

The main goal of 2019 was to debug the process of testing hypotheses and creating new businesses.

But how can you understand that you’ve reached the milestone and got somewhere? We decided:

If by the end of 2019 we created business units that would pass the corporation’s investment committee and receive funding, then we were doing it right. Obviously, the decision to invest in a project on a seed-round didn’t belong to people from ADP.

If there were 3 projects that received funding, we would think of it as bad results. 4 — good, 5 — excellent. As it turned out, by the end of 2019, 8 projects received investments from the corporation. Read how the creation process looked at that time.

Give the floor to the financier: how much it cost

If you count all the expenses, including a nice finished office, it turns out that the corporation was buying seed-level startups at $1 million per project with 80% ownership. And it was the strategically relevant segment it needed!

For comparison, any corporation or venture fund buys 10–20% shares in same-level startups for 300–400 thousand dollars. In other words, it was aligned with the market and got even lower.

We got our first metrics and data about creating startups. What’s next? As I already mentioned, getting assets is only the first step. They still need to grow so that you can sell them or make money on them.

Creating is not hard. There are enough studios and people who love and can create projects, products, and startups. But turning a project into a business is already a high-performance sport. You need to do it repeatedly, systematically. You are to manage a portfolio of startups so that the return on investment increases in one way or another. It’s a much more ambitious task.

Therefore, ADP devoted the entire 2020 to creating mechanisms for portfolio management and business growth. Since we’ve been deliberately creating projects for operating income and not for sale, the main goal was the growth of net revenue.

You should immediately agree on how you will count your total income since there are many ways to divide it into parts; some of them count, others don’t. At the start, financiers, founders, and other managers should equally understand what the words “Income”, “Revenue” or “Profit” mean in the report. They should know what expenses are counted, whether taxes are included, etc.

We have chosen net revenue as the core metric. It’s the company’s income minus all variable costs and VAT. These are the funds a company can spend on expenses, payroll, and development.

In order to understand if we were doing everything right, we chose a milestone: a year-to-year 3x growth, which is a normal growth rate for a venture project. 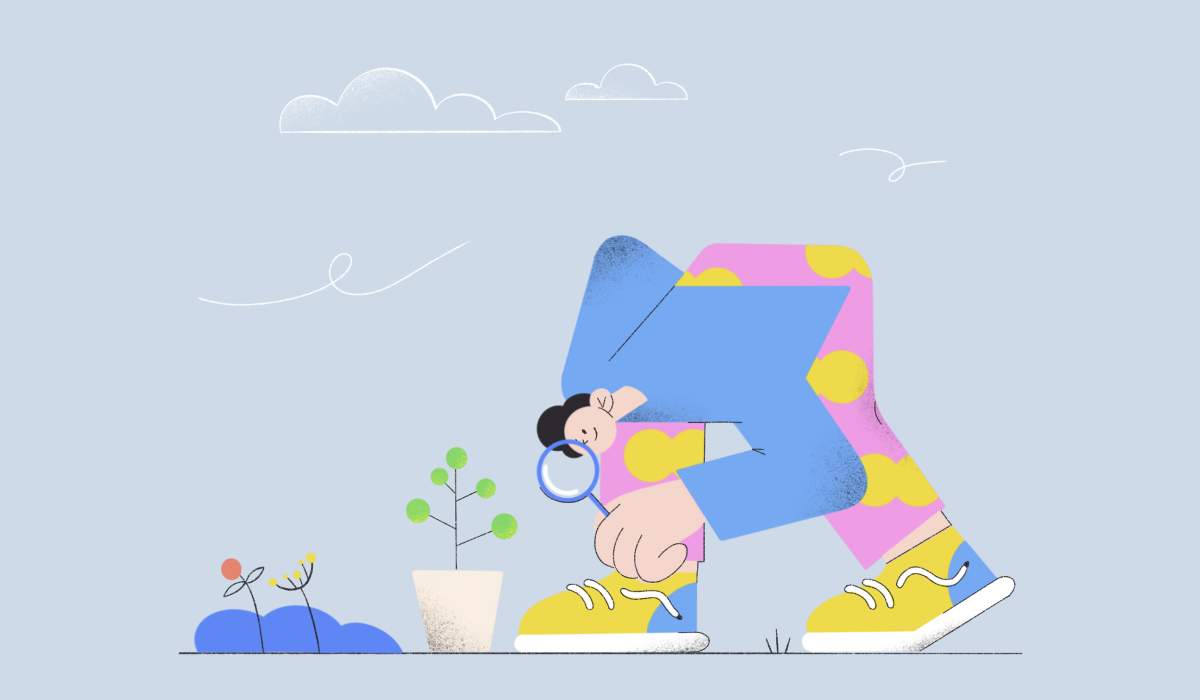 As for the end of 2020, all projects earn independently and autonomously. Corporate capacity and distribution were not utilized.

Here’s the quarterly growth of portfolio revenue in 2020:

Still, the breakeven is still far away for the ADP. First of all, we keep generating new projects, which is expensive. The corporation understands that earlier, we had exclusively commercial tasks, but starting in 2021, we needed to stop creating new projects and focus on developing the existing ones. It would help us get ROI quicker. But so far, we were booked to launch new projects in 2021. We’ll see how it goes. Karma is a… you know the drill.

Another important thing that we realized: it’s difficult to ensure 100% accuracy when creating a project according to instructions and the corporate sphere of interest. The initial idea might pivot in a year a couple of times, so the final version will be very different. So the company makes a tough choice: a project is successful, but it’s not what was wanted. Now what? Should it kill an operating business that’s out of focus?

We found a solution. When the project grows till Round A, it contacts the investment committee of the holding. The committee decides whether the project would be a strategic investment for the corporation.

If the answer is “yes”, it keeps investing. If the answer is “no”, the project becomes an investment asset that can raise funds in the external market. Shares can vary greatly so as not to interfere with raising money (before this stage, ADP has a majority stake by default).

It really helped us simplify the lifecycle of startup studio projects: 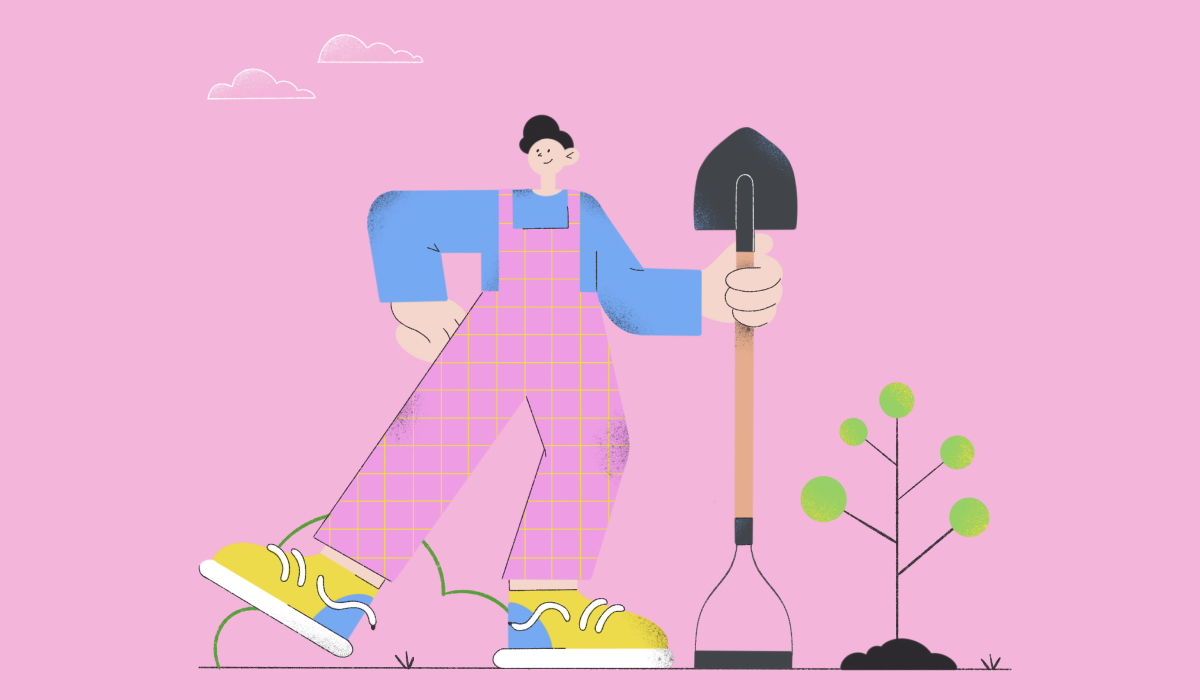 In 2021, we continue to create new business units. We keep increasing the net-revenue of the current portfolio both by adding new services available to all projects and by building up our expertise in overcoming typical issues in development.

One fails, others learn. Since we work with projects similar in markets and business models, the experience obtained by one business can be shared with others. The goal is to achieve that very antifragility when every dollar spent either increases sales or makes the system stronger because it gets trained on a small fail.

There’s an interesting observation about the cyclical nature of history. In 2015, we began to gradually separate the function of testing ideas, creating and managing new businesses into a completely autonomous structure. The process was completed at the end of 2018. From 2019 to the end of 2020, ADP worked independently and proved its model’s viability. The startup valley of death was far behind. The limitations and growth points of the model were clear.

What were our conclusions? What benefits did the corporation derive, apart from the commercial side?

The corporation realized that building a single system for creating and managing businesses, units, or products of both early and late stages is unrealistic. They are too diverse. Different problems need to be solved, and different people are hired.

The system that was meant to suit everyone, in fact, suits nobody.

We need 2 systems. One for working with early-stage units, the other for late-stage businesses. It turned out the first one has already been built: it’s ADP. Therefore, some businesses and R&D processes were transferred to the startup studio. The corporation has optimized duplicating functions, significantly increasing the chances for success, since everything new and early-staged is handled by teams that were created and trained for this in practice. On the other hand, if ADP has developed a large business unit internally, but the corporation has got the expertise and understanding of managing and growing it in later stages, the project would join the corporation.

As investors say, the corporation made a studio spin-off into an autonomous unit. It has tested big hypotheses and come back not as a startup, but as a mature and important part of the general system of corporate management. 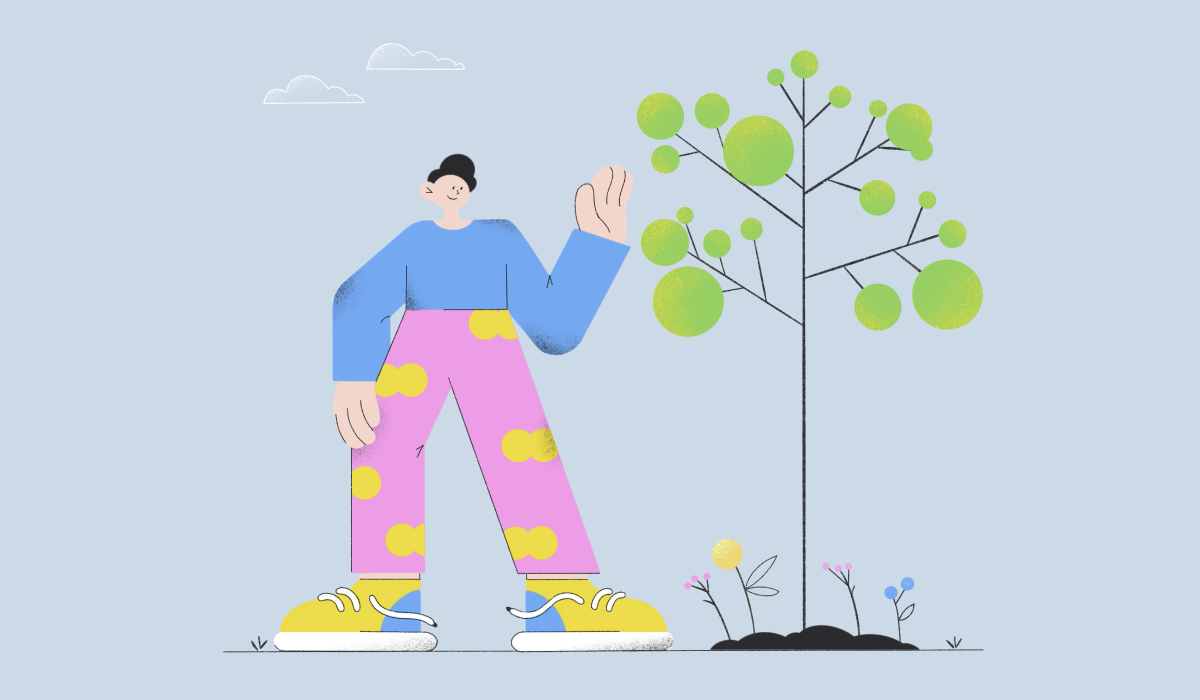 Is That It? See You in a Year

Answering the most frequent question about venture builders, startup studios, company builders, and a dozen other similar names, — there is no single model for creating startups that is more effective than others. All formats and tools can and should be customized for a particular corporation or investor.

Nowadays, the trend for startup studios is growing, but I would like to warn you: it’s just like accelerators. If you copy the format without understanding the context of the market, strategy, team, etc., don’t expect anything good from it. An accelerator or a studio is a chisel, a working tool that can create something beautiful in the right hands but will only ruin the stone if you’re a beginner. We are still mid-journey, but we can already see the outlines of our sculpture.

Hopefully, this article will be useful to those who have just taken on a chisel.

Admitad Projects is open for cooperation. If you have services or knowledge that can help digital businesses grow, contact us. If you want to build a business together, you’re also welcome.